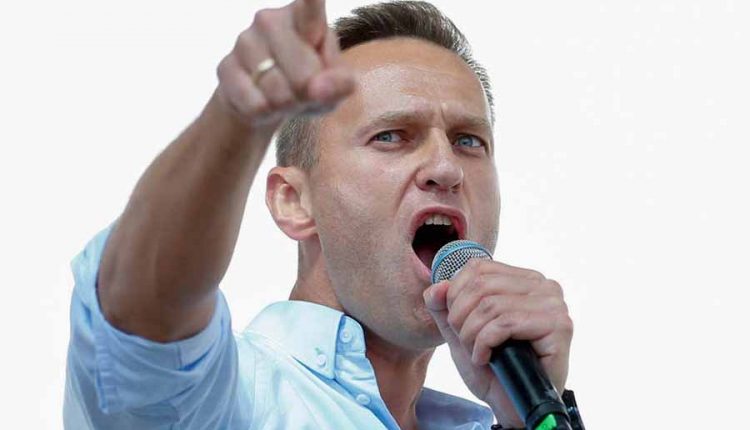 The Russian opposition member complains of a fever and cough. Navalny is continuing his hunger strike – to protest against medical care in the prison camp.
Russian opposition activist Alexei Navalny, detained in the penal camp, has reported that his health has deteriorated further. He was attested to have a fever of 38.1 degrees and a “strong cough” – he will continue the hunger strike he started a few days ago, wrote Navalny on Instagram. He went on to write that three of his fellow prisoners had been taken to hospital for tuberculosis.

According to sources, the prison system ordered the 44-year-old to be examined for respiratory disease signs and high temperature. A corona test was also carried out. Navalny is “under the supervision of medical staff,” said the authority. All rooms should now be ventilated and disinfected.
Navalny started his hunger strike last Wednesday. According to his statements, he wants to ensure that a doctor can visit him to treat him for severe back and leg pain. “I have the right to have a doctor come to me and to receive medication,” wrote Navalny on Instagram on Wednesday. A prison doctor has only prescribed pain medication for him so far.

Navalny’s employees had recently expressed concern about his health. According to his statements, he suffers from a pinched nerve in his back. Because of inadequate treatment, he is threatened with losing his right leg. Gradually he no longer has any feeling in his left leg either.

Finally known: this will be Harry and Meghan’s first Netflix series