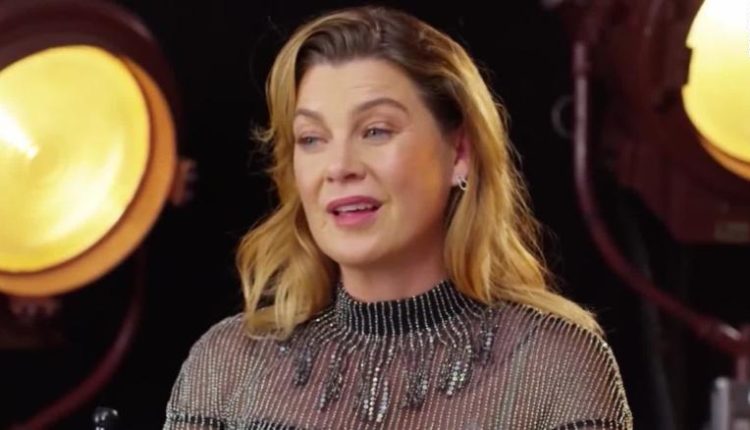 Ellen Pompeo Complains of Toxic Grey’s Anatomy: It Was a Disaster Behind the Scenes

Actress Ellen Pompeo (49) is preparing to take on the role of Meredith Gray, the main character in the highly successful series of “Gray’s Anatomy” for the 16th season in a row. According to the Celebrity Insider Ellen Pompeo complains of Toxic Grey’s Anatomy saying it was a disaster behind the scenes.

She will also play the role next year, as the actress immediately signed a five-year contract. “But I wanted to stop the series for a long time,” says Pompeo frankly in Variety. And it’s not the only stiff disclosure the actress makes in the magazine.

“Many moments had passed when I wanted to stop,” said Pompeo. “And the funny thing is: I always wanted to stop in the years when it was impossible.

The first 10 years of the series, we had severe cultural problems, bad behaviour, a very toxic working environment. But when I had children, it no longer revolved around me. I have to be able to support my family.”

“In my forties, where am I ever going to make so much money? I have to take care of my children, “she continues. “But after season 10 there were a lot of shifts, in front of and behind the camera.

It became my goal to be happy and proud of my work because we had endured so much misery in those 10 years of the show. I just thought: it can’t be so great for the viewers and yet so terribly behind the scenes.”

The departure of her TV another half Derek Shepherd a.k.a. McDreamy managed to keep her on board. “We decided to rewrite the end. That’s why I stayed”, she says.

“Patrick Dempsey decided to leave in season 11, after which our bosses were convinced that the series could not continue without the male lead. And so it became my goal to prove the contrary. I had a mission. “

Ellen also says in the magazine that her opponent earned more than double. “I didn’t even realize it until we started season three.” “They didn’t want to give it.

While I could walk away from that way, it’s my show, and I should get paid the most. I think I felt what many actresses felt: why should I leave for a man? But on the other hand, I don’t want to be sent away by a man either. “

British Cabinet leaked note: ‘The UK is not prepared for’ no deal-Brexit ”