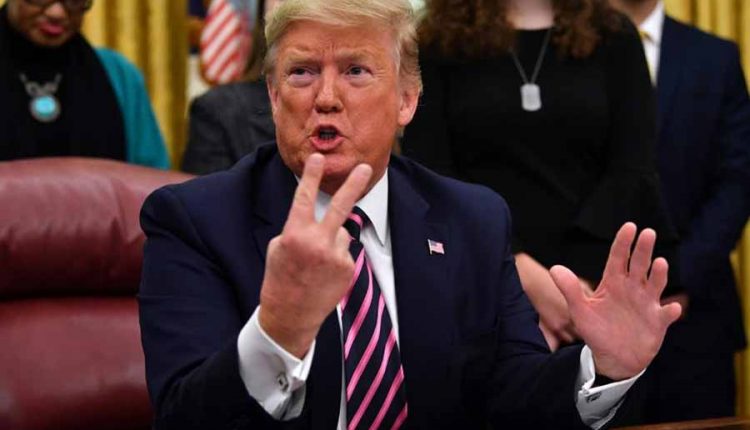 The impeachment proceedings against the US President begin in the Senate. A Trump helper provides the Democrats with new incriminating material. It is not too late for that.

Lev Parnas, the shady sidekick of Rudy Giuliani, who in turn served as the personal henchman of the US President in Ukraine, once again clearly stated that there is hardly any doubt about: “President Trump knew exactly what was going on,” said the Ukrainian-born Americans interviewed MSNBC on Wednesday.
What he meant was the extortionate campaign to secure Donald Trump’s reelection in November, which brought him the impeachment process that has now begun. Parnas was one of those who participated.

The public has known enough about what was going on in and with Ukraine long enough not to be surprised when this swamp gets deeper and deeper. Parnas said a lot more and presented material that contains hair-raising ingredients. But does it all make a difference when it seems clear that the Republicans will smash the impeachment against their president?

The state of affairs is this: The Democrats have been investigating the committees for months, collecting statements and documents (as far as they could, despite all the disabilities), bringing together an accusation which, out of decency, should mean Trump’s voluntary end. But the Republicans don’t want to recognize any of this. For them, the case is closed before the process in the Senate has started. The fact that new evidence and additional witnesses continue to grow the extent of the abuse of office that Trump has carried out should hardly detract from her position: there was nothing, all just hearsay and empty accusations of die-hard Trump haters. With their comfortable majority in the Senate, there is a risk of a highly political procedure that does not serve to find the truth.

Tennis star Pliskova goes for the third title in Brisbane

WhatsApp now offers a dark mode to some users