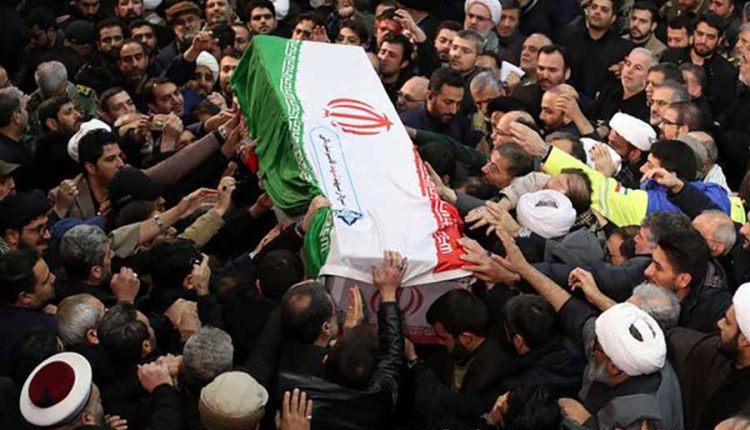 In recent days, hundreds of thousands of Iranians said goodbye to the murdered Iranian General Soleimani. But not all Iranians mourn, according to the trending hashtag #IraniansDetestSoleimani.
His body has been driving through the streets of Iran since Sunday, a tour that ends today in Kerman where he is buried.

In the images of the farewell, you can see masses of people dressed in black. They hit the chest with a level hand. There are against American mottos on the standards. Those are the images that the Iranian state television is spreading.

There is no dispute about the fact that these people are mourning en masse. But what is not visible is a group of hidden Iranians who are cheering for the General’s death. Because not everyone is happy with his work. Iran likes to keep the united image of the country in its own hands. People now dare to speak out more on Twitter.