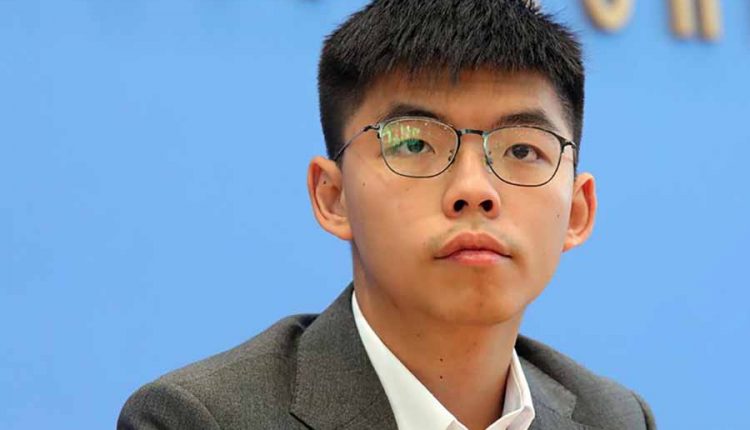 Joshua Wong has to go to jail.

At the start of the trial, Wong pleaded guilty to organizing an unauthorized meeting in front of Wan Chai Police Headquarters in June last year. He and other democracy activists could face up to five years in prison for this. However, the competent court can only impose prison sentences of one to three years. In addition, a confession could lead to a lighter sentence.

Shortly before the start of the trial, Wong had announced that he would plead guilty and accept an immediate prison sentence. His colleague Ivan Lam also wanted to plead guilty; the activist Agnes Chow, who was also accused, had already done so before. According to Wong, the unannounced protests were only a minor offence. He and his co-defendants are ready to serve an immediate prison sentence.

He hoped that this would draw global attention to the Hong Kong judicial system, which Beijing was manipulating. “I wouldn’t be surprised if I were arrested immediately today,” said Wong before the trial began. “But I am convinced that neither barred windows nor voting bans or other arbitrary powers will prevent us from activism. What we are doing now is to explain the value of freedom to the world.”