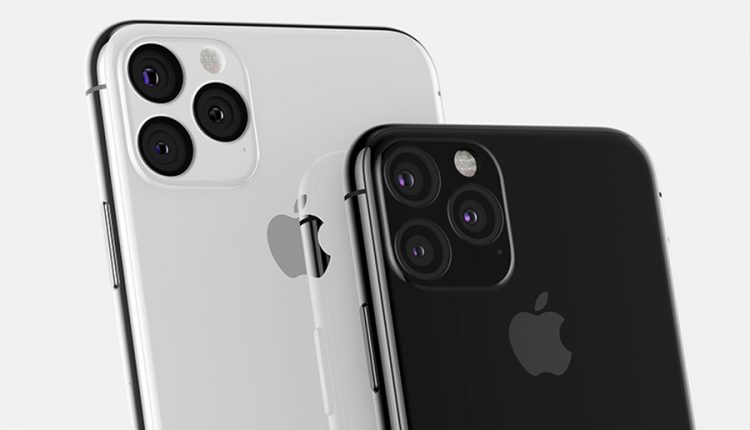 That says the usually reliable 9to5Mac Guilherme Rambo. According to Rambo, the new iPhones are all direct successors to the current models. Again there will be two iPhones with OLED screen such as the iPhone XS and XS Max, and one with LCD screen such as the iPhone XR. The screen resolutions of the new iPhones are the same as with the previous models.

The successors of the iPhone XS and XS Max also get three lenses behind, according to Rambo. The new lens would be a wide-angle lens. This extra lens is used for the new Smart Frame function, among other things.
iPhones with Smart Frame would collect additional information during filming and photography around the area that regular lenses record. Afterwards, the perspective or the cropping of the images could be adjusted. This is only possible for a limited time: the extra recorded information is deleted after a while to protect the privacy of users.

The selfie camera of the new iPhones, just like the rear cameras, would be equipped with a slow-motion function, which can record at 120 frames per second. The new iPhones would also receive a new vibration sensor. It is not obvious how it differs from the current Taptic Engine, but it is known that in iOS 13 the Force Touch functions will be cancelled and users will have to press buttons for extra options longer.
The iPhones would still be equipped with a Lightning connection this year. For the iPad Pro, Apple switched to open and more versatile USB-C, and rumours say iPhones would follow. However, that is not this year, says Rambo.

The new iPhones are as expected in recent years during a presentation in September. Apple would like to present its iPhones with 5G in 2020.