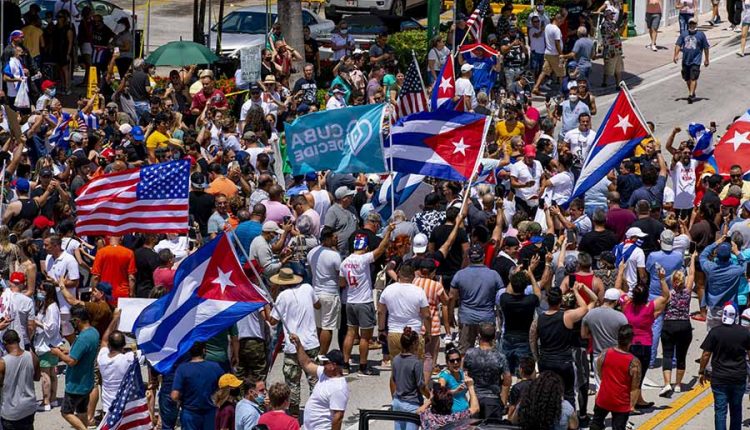 One dead in protests critical of the government in Cuba

The demonstrations are directed against the economic crisis and the handling of the pandemic. Now there has been a dead person.
One person died in the anti-government protests in Cuba. A 36-year-old man died in a demonstration on the outskirts of Havana, said the Cuban Interior Ministry. The official Cuban news agency reported that he was involved in the “unrest” in the country.

On Sunday, to express their feelings about the worst economic crisis in 30 years, thousands of people took to the streets in Cuba. This demonstration took place in dozens of cities. There were also protests on Monday and Tuesday. Protesters shouted, among other things, “freedom” and “down with the dictatorship”.
The nationwide demonstrations are highly unusual for Cuba. The only gatherings allowed are usually Communist Party events.

According to activists, the authorities are brutalizing the demonstrators. As a result, 144 people were arrested or missing, according to the San Isidro protest movement.

The senior US diplomat Julie Chung condemned the violence, the arrests and the “disappearance of independent activists”. Spain’s Foreign Minister José Manuel Albaren was dismayed by the arrest of Cuban journalist Camila Acosta, who last worked for the conservative Spanish newspaper ABC. Acosta must be released immediately, Albarran said.