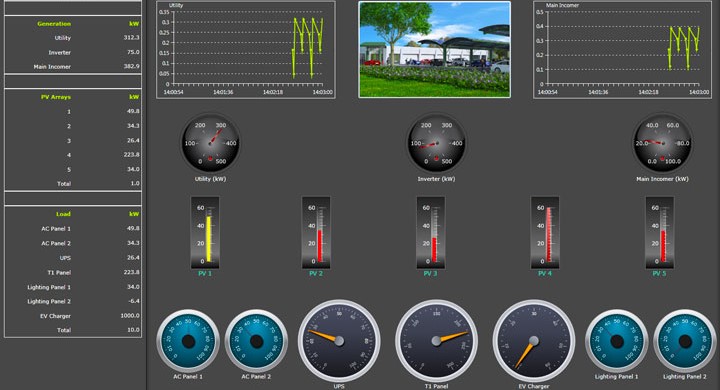 Power Management System: What Can We Get From It

In this competitive world, electric power users and producers need cutting edge technology. The power management system needs new technology to make such producers and users competitive. In this era of IoT, everything is working on the internet, and what we want from them is a long time of working and for that power management system is all needed.

For the better electrical system and its optimum system utilisation, we need PMS software, to decrease the maintenance and to put the electrical device in control. With the increase in the electricity cost, it becomes difficult for the producer and the users to make the optimum use of the devices, so here power management system is needed, which is actually of low cost.

PMS not only helps in the device to make it work correctly and for a long time, but it also works on the side of financial stability.

When it comes to the power management software, then the base function of it is system monitoring. So what is essential for the monitoring software?
• Seamless integration with Metering device
• Data acquisition
• Archiving system

What do we want from the power management system?

Supervisory And Advisory Control:
This is what we need throughout the system, supervisory and advisory control is used to control and optimise in real-time in various parameters. For the producers, it is essential to give algorithm optimisation by which users could program the power management system. For the energy producers, this power management system works to set up the minimum fuel cost and optimise the system operation.

With the growth of your needs, the power management system needs up-gradation with all the capabilities, including in one application with flexibility and compatibility. Energy efficiency has its benefits, and many manufacturing companies are investing less, and in the end, can produce affordable products for the users.

When we are on the internet of things nowadays, then the problem that comes in front of us is saving power. The power management system works on to make the device like it can convert any change in its state into energy.

Office machines, toys, remote control, appliances, and power tools are having the microcontrollers. A microcontroller is an independent system with processor and memory which can be used in an embedded system for the optimum system operation.

Recep Tayyip Erdoğan warns of the new influx of refugees