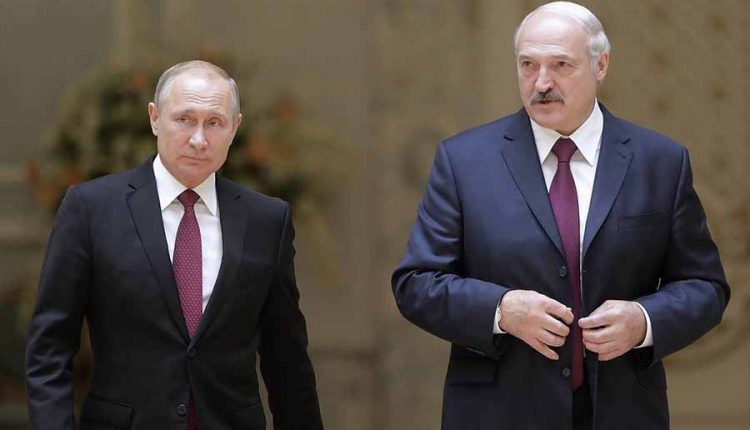 Putin supports Lukashenko with a loan of half a billion dollars

According to the Kremlin, Belarus is expected to receive $ 500 million from Russia by the end of June – the second part of an approved loan. There was another demonstration in Minsk.

Russia wants to support authoritarian-led Belarus with a loan of 500 million US dollars in the coming weeks. At a meeting between Belarusian ruler Alexander Lukashenko and Russian President Vladimir Putin, it was agreed that the money would be paid out by the end of June, said Kremlin spokesman Dmitry Peskov, according to the Interfax news agency. It is the second tranche of a loan that was decided last Sunday before the forced landing of a passenger plane in Minsk, which was heavily criticized internationally.

Putin and Lukashenko mainly discussed trade and economic cooperation issues between the two countries at their meeting in Sochi on the Black Sea said Peskov. Belarus is economically in dire straits and already owes a lot to Russia.

At the beginning of his visit, Lukashenko had complained about the pressure exerted on his country by the West. The EU and US imposed new sanctions on Belarus after a plane was forced to land with a blogger critical of the government. Russia accused Brussels of having reacted emotionally.

NATO limits access to headquarters for diplomats from Belarus